skip to main | skip to sidebar

Although Aberystwyth is not the easiest place to get to (more of that in a later post), we were rewarded by a great venue in the National Library of Wales and some stunning views of the town and the sea. In between eating Welsh cakes and sipping tea, we had a very productive day, with speakers and delegates exchanging experiences in a hard-working but informal atmosphere.

Gareth Johnson of the University of Leicester gave an excellent opening talk that set a good tone for the rest of the day. Having been involved with repositories in a variety of roles at SHERPA, working on projects such as OpenDOAR and RSP, Gareth then moved on to the University of Leicester where he has been putting into practice a lot of the tools and information he helped devise in his previous post. Gareth also blogged about this event and sent out updates via Twitter (using the #SUETr tag - check out the SUETr guide to Twitter here).

We then moved into the workshop, led by Jackie Knowles and Hannah Payne from RSP/Aberystwyth University and myself. We split into two groups - one group of people who hadn't got existing policies in place and one group who had policies of some sort. Each group had a 'kit' of sections and questions to build up their policies from scratch or question and adjust their exisiting policies. As ever, there was a lot of sharing of information and knowledge in this session as well as group discussions. The exchange of experiences was a major theme of the day, as was the 'borrowing' of policies from those already out there. This was picked up later in the day too - and hopefully we will be using the event wiki to share policy documents so other people can borrow creatively for policies into the future. There will be an electronic version of the kit used in this workshop up in the event wiki early next week.

A relaxing lunch in the Pen Dinas cafe and some fresh air, looking at sea views, made a pleasant break after the busy morning.

We started the afternoon session with the snapshot case studies. The idea was for IR managers to give a 10-15 minute talk on their own repository and why/how their policies had been developed to deal with specific circumstances and requirements, each unique to their own institution.

I'll detail each talk in another post, as we are currently getting the slides from each speaker up on the event wiki. The talks led to many questions and much discussion in a friendly and informal session that lasted for the afternoon and could have probably run into the evening if we had had the time!

Having over run our schedule somewhat, we combined a refreshment break with an informal summary of the day. It was great to see contact details being swapped, and so much sharing of often hard-won knowledge and experience between colleagues. All participants were keen to stay in touch via the event wiki, and we'll be putting up not only presentations but also resources and questions and discussions over the next week. If you have an interest in repositories but were unable to attend this event, you're very welcome to access the event wiki and join our virtual discussions.
Posted by StephCriticalEye at 16:49 2 comments: 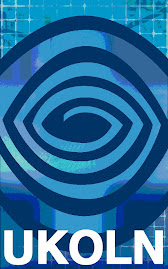 SUETr is based at UKOLN at the University of Bath